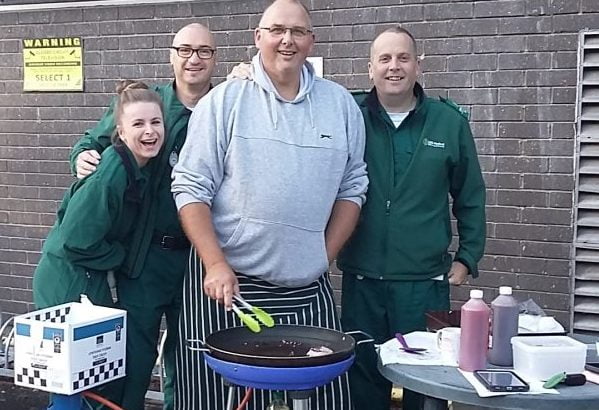 The autumnal weather hasn’t stopped ERS Medical from firing up the BBQ and celebrating its second birthday in Norfolk. In an idea thought up by Ambulance Care Assistant Stephen Wegg, four of the ERS Medical sites in the area were treated to a bacon butty “grill-a-thon” where Stephen prepared bacon sandwiches on site in exchange for a charity donation. Stephen raised £207.20 during the “grill-a-thon” for Macmillan Nurses and local charity The Big C.

ERS Medical provides non-emergency patient transport services and courier services across Norfolk. During its two years in Norfolk, ERS Medical has completed over 300,000 journeys and covered over 4.5 million miles – the equivalent to 180 times around the Equator!