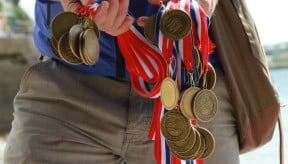 Flying the flag against prostate cancer at the Plymouth half marathon

ERS Medical is proud to sponsor The Chestnut Appeal for Prostate Cancer at this year’s Plymouth half marathon.

The marathon will see an estimated 5,000 runners come together to raise money for their chosen charities with thousands of supporters cheering them on.  The race will start and finish at the historic Plymouth Hoe on the 27th of April following a scenic route along the seafront, through the picturesque Barbican area and Saltram Park.

ERS Medical is supporting 22 runners raising awareness of prostate cancer for The Chestnut Appeal charity through a donation and supplying t-shirts for the runners. Founded in 1999 the charity relies on public donations to invest in treatments and technology to fight against prostate cancer.

The fundraising team work tirelessly to raise awareness of the early symptoms of prostate cancer. With more than 40,000 new cases being diagnosed every year in the UK it is crucial to spot the signs early and seek medical advice.

Andy Pooley of ERS Medical, said: “The Chestnut Appeal is a great charity to be involved with and we are proud to be part of their fight against prostate cancer. All the team at ERS Medical wish the runners a safe race and will be cheering them across the finish line.”

For further information about The Chestnut Appeal visit – www.chestnutappeal.org.uk/